While notable, the growth is not that surprising given that 2019 was only the third full year of sales for the standalone Genesis brand in the United States. In comparison, another newcomer in the States, Alfa Romeo, sold 18,292 in the USA in 2019, down 23.1% over the previous year (23,800).

This means there was a lot of room to grow and there still is, particularly now that the Hyundai-owned luxury carmaker is gearing up for its SUV offensive, starting with the GV80 this year. The fact that cumulative Genesis sales were up 106 percent in 2019 compared to the prior year is mostly due to the launch of the G70 sports sedan in autumn 2018.

Genesis’ growth is also attributed to the expansion of the brand’s retail network, which now comprises around 350 dealers – more than double the number of dealers it had in 2018.

The luxury brand has big plans for the future and expects continued growth in 2020 thanks to the launch of its first SUV, the GV80. By the end of 2021, Genesis’ current portfolio of three sedans will grow to six vehicles, with the addition of an electric vehicle and two SUVs – the midsize GV80 and compact GV70. 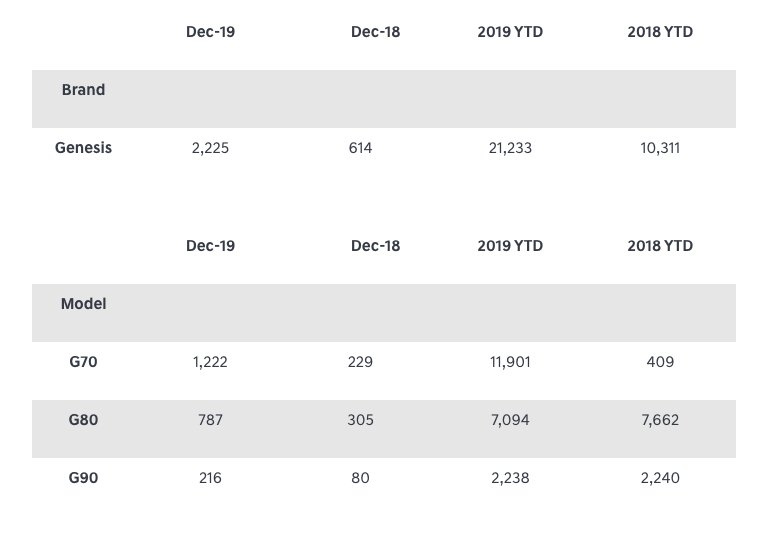