The electrified Ford S-Max and Galaxy minivans will use the same powertrain as the new Kuga Hybrid.

Ford will expand its line of hybrids in early 2021 with the introduction of new self-charging electrified S-Max and Galaxy variants.

The hybrid minivans will be built in Valencia, Spain where Ford will invest €42 million ($46.7 million) in a battery assembly facility and S-Max Hybrid and Galaxy Hybrid production. More specifically, Ford will add two new assembly lines that will enable the production of lithium-ion batteries alongside the Kuga Plug-In Hybrid, Kuga Hybrid, S-Max Hybrid and Galaxy Hybrid.

As with the new Ford Kuga Hybrid, the self-charging electrified S-Max and Galaxy variants will be powered by a 2.5-liter Atkinson cycle gasoline engine assisted by an electric motor, generator, lithium-ion battery and power-split automatic transmission.

Ford targets a system output of 200 PS (197 HP) and 210 Nm (155 lb-ft) of torque for both models. The hybrid minivans will be able to run in pure electric mode but the automaker does not reveal how long a distance they will be able to cover. It does say that it aims for CO2 emissions of 140 g/km (WLTP) and “significantly reduced NOx emissions.”

Ford will also invest €8 million ($8.9 million) in new tooling and assembly line upgrades for the hybrid MPVs at the Valencia plant. A further €10 million ($11.1 million) investment will support production of the Kuga Hybrid. By the end of this year, Ford will have introduced 14 electrified models in Europe. 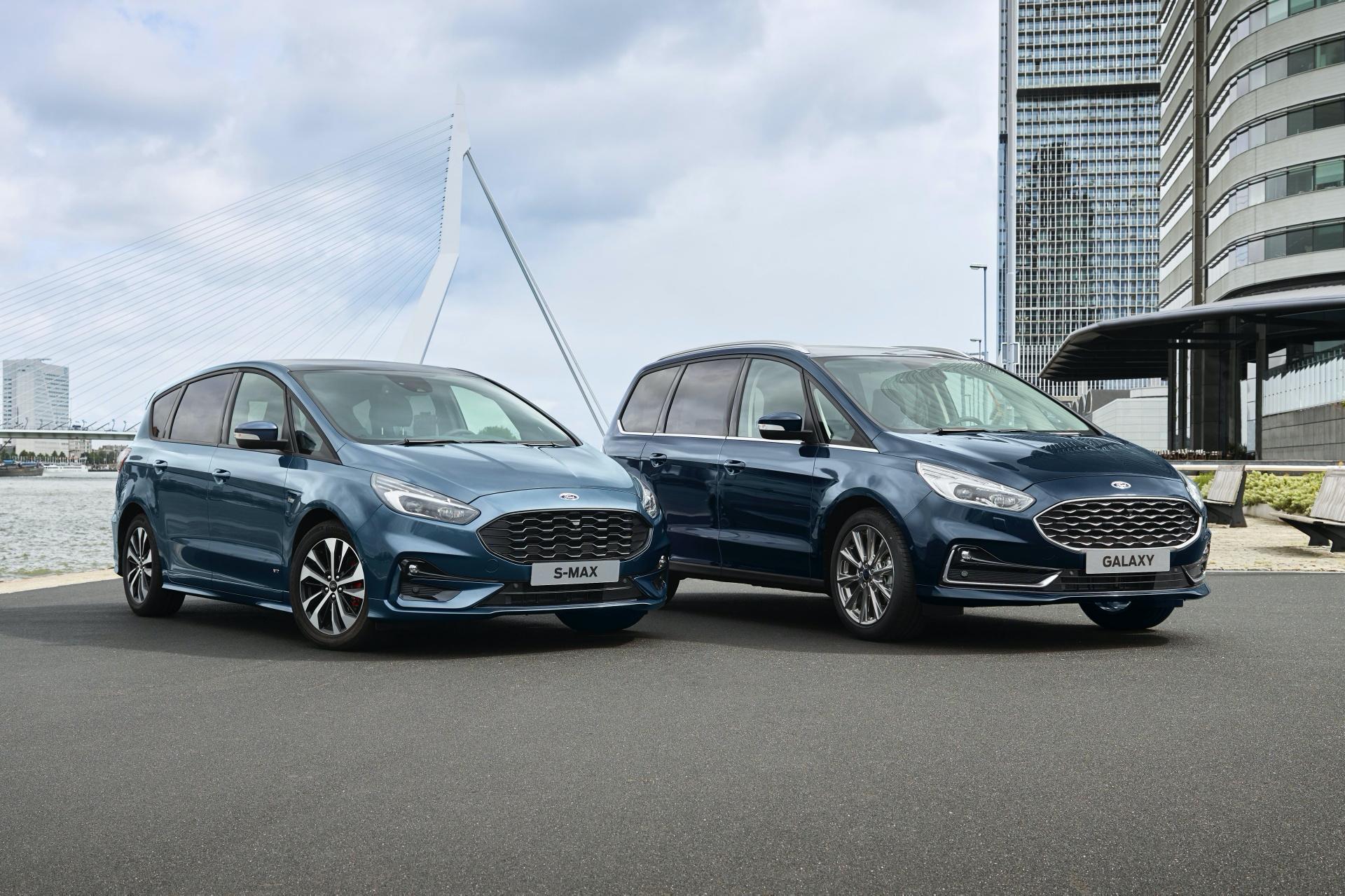