The new Chevrolet Corvette Z06 is tipped to have a 5.5-liter flat-plane crank V8.

Chevrolet appears to be ramping up testing of the new Corvette Z06 and this latest spy shot, snapped by Facebook user Brandon Byers, shows the ‘Vette being tested alongside a Porsche 911 GT2 RS.

It’s very common for car manufacturers to test forthcoming models against the competition and quite often, brands will buy cars from their rivals to do so. Considering how expensive and limited the GT2 RS is, it’s unclear if Chevrolet actually owns this example or if it is borrowing it. Either way, it’s clear that Chevrolet has lofty performance goals with the new Z06, especially if the car proves to be naturally-aspirated as expected.

Recently, a prototype of the new Corvette Z06, likely the exact same example as pictured here, was filmed on the move in San Deigo. Based on the sound of that prototype’s engine, it seems very likely it features the road-going version of the 5.5-liter flat-plane crank V8 that the Corvette C8.R race car is running.

Early reports claim that this engine could deliver about 600 hp in production guise. That’s a healthy 110 hp more than the Corvette Stingray but some 90 hp less than the 911 GT2 RS so Chevrolet could have its work cut out for it if it wants the new Z06 to challenge the Porsche for lap times. Torque would also likely sit well below that of the German and its twin-turbochargers.

Of course, it’s not just horsepower and torque that makes for a fast car around a racetrack. Downforce is also very important and according to one recent report, the new Corvette Z06 will have plenty of it thanks to a towering rear wing. There’s also a chance that recently-patented active aerodynamic parts could debut with the Z06. 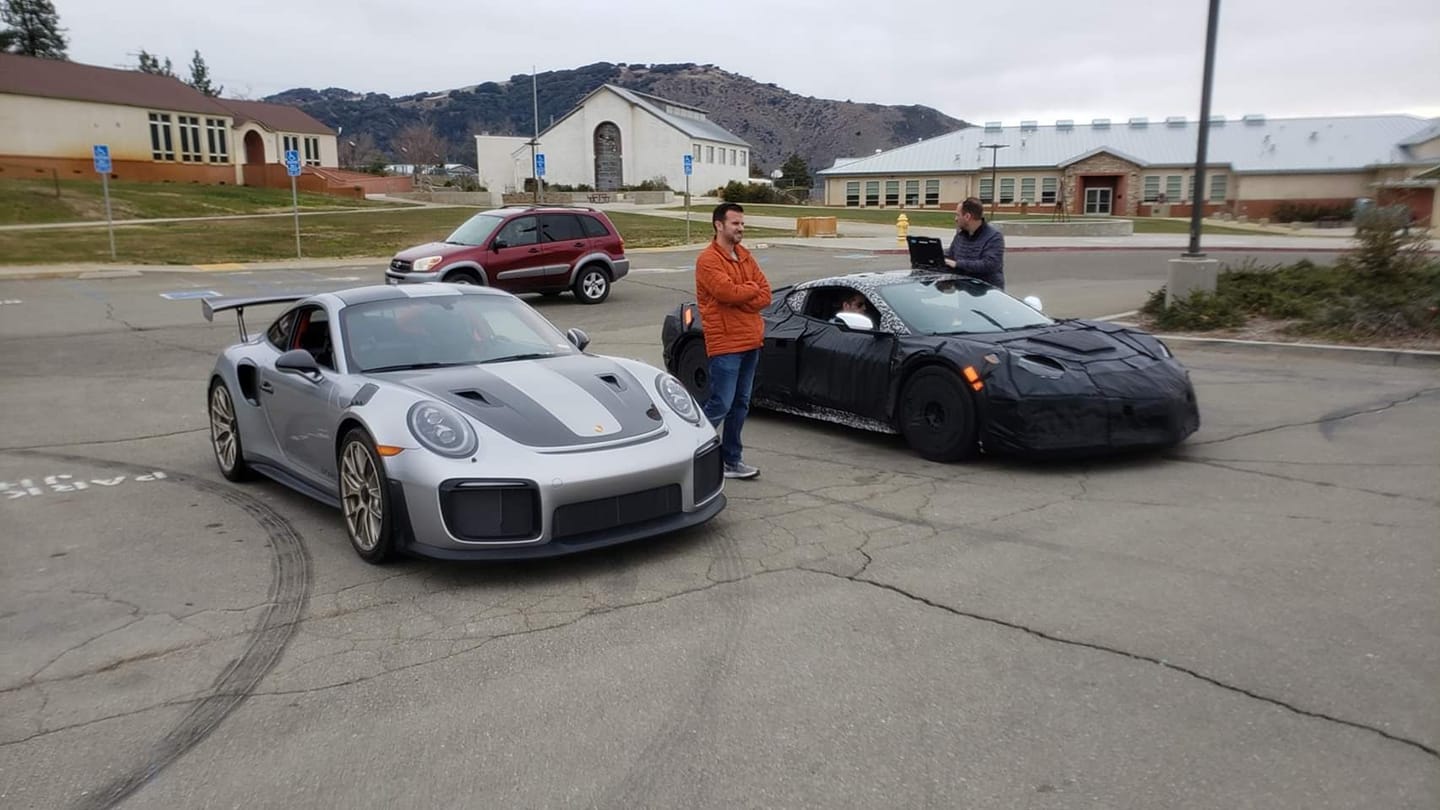