Exquisite color aside, this M340i Touring sports the same BMW Individual Merino leather as a 7 Series.

Automakers know they can make a lot of money by offering exclusive options for as many models as possible, including their mainstream ones.

BMW plays this game really well through its BMW Individual Manufaktur program, which has been expanding its area of expertise lately. Mind you, not all of the automaker’s models are available with BMW Individual options.

Besides most BMW M models, the current lineup only includes the 3 Series, 5 Series, 7 Series and 8 Series. This makes the G20 3 Series the entry ticket into BMW Individual and, as the following video presentation from British vlogger Joe Achilles proves, you can end up with a really special 3 Series if you’re willing to pay extra. 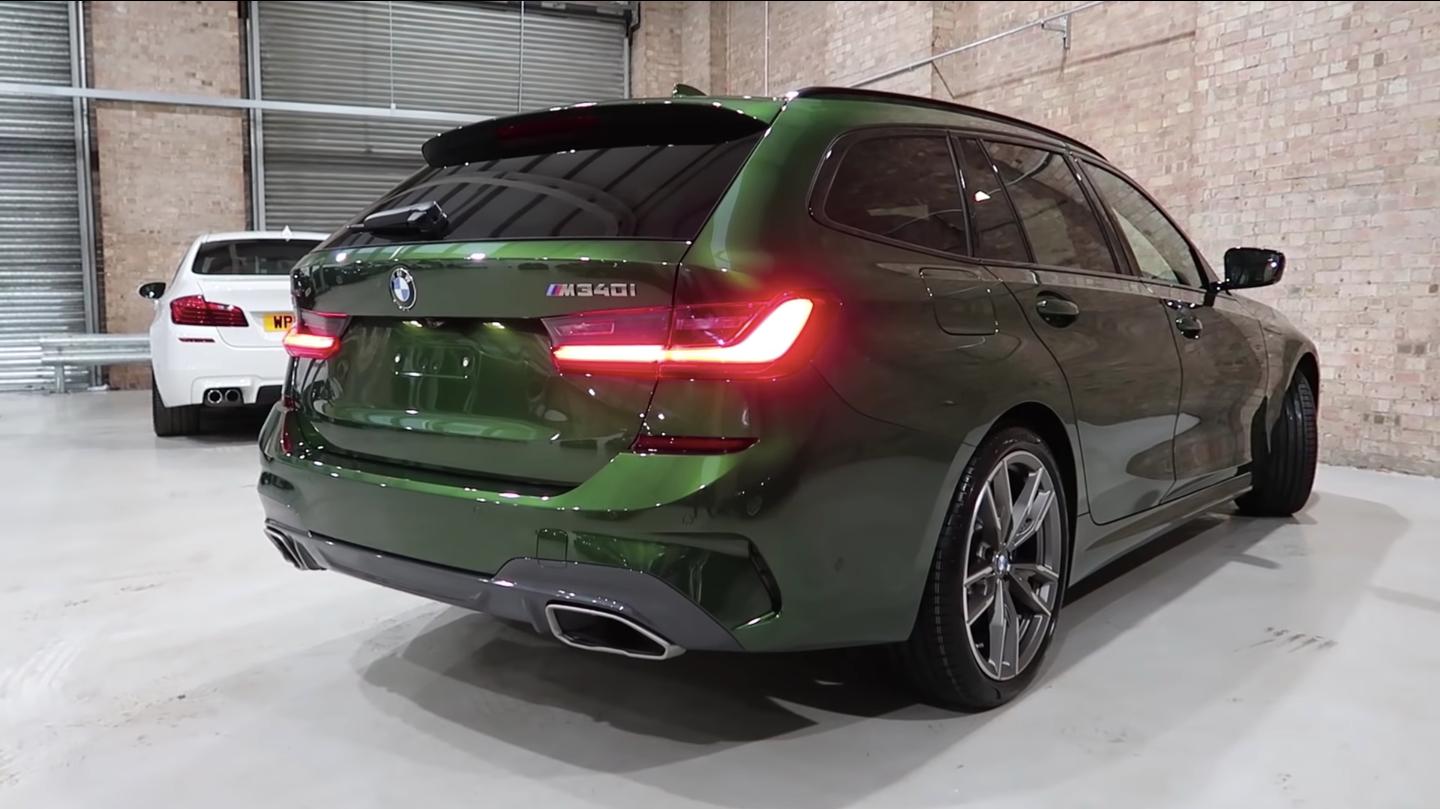 The video presents an M340i xDrive Touring whose standout feature is the BMW Individual Verde Ermes. That’s a special green hue made famous by Lamborghini but not exclusive to the Italian brand. The car in the video is actually the very first BMW 3 Series Touring to feature this exquisite paint finish that costs £4,500 (nearly $6,000) in the UK.

The £60,000 ($78,260) list price of this particular car should come as no surprise since the exclusive paint and BMW Individual Merino leather interior together cost £7,700. That’s the equivalent of just over $10,000 in U.S. currency. Would you spend that much to make your M340i Touring look more enticing or would you rather use the money to upgrade its performance and bring it closer to the F81 M3 Touring BMW won’t make?