While many other aftermarket specialists have started to equip the Supra with wild, in-your-face bodykits, Blitz’s completed car is a little more subdued. However, it’s still a very striking bodykit which transforms the look of the popular new sports car.

For starters, the Supra presented in Tokyo has been painted (or wrapped) in a lovely shade of matte white that really accentuates the car’s exterior lines. Blitz then fitted it with a set of flared wheel arches slightly wider than those equipped to the Supra as standard. Sitting beneath the new arches are a set of tightly-spoked 20-inch aftermarket wheels from Enkei.

The front of Blitz’s Toyota Supra is clearly the most striking area of the car and is dominated by an enlarged bumper with a new central grille and air intake design. Some may disagree but we think the front-end somewhat resembles a fish.

Alterations made by the tuner continue at the rear where the Supra has been adorned with a fixed rear wing, enlarged tailpipes, and a pair of aerodynamic flics on either side of the bumper.

There are also a number of less obvious modifications that’ve been made to the car. For example, there are new shocks with 96 steps of adjustment and a set of enlarged brakes. In addition, a carbon fiber air intake has been fitted to this particular show car’s 2.0-liter four-cylinder engine. 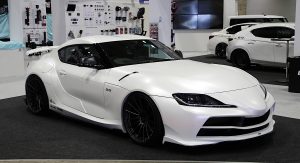 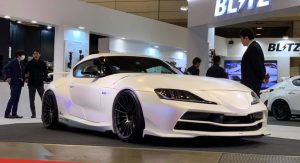 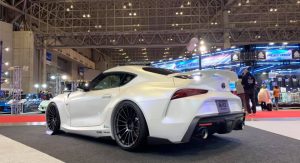 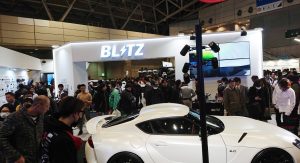 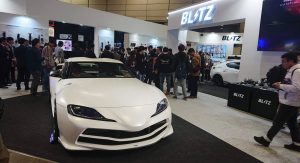 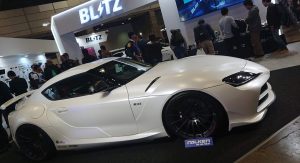 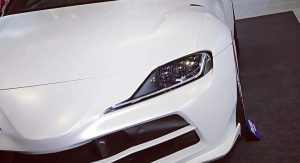 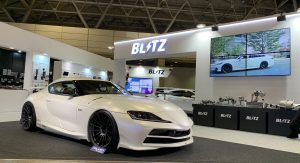