Ford is putting the finishing touches on the all-new Bronco, ahead of its unveiling this spring.

The teaser campaign for the 2021 Bronco is kicking into high gear as the company has released footage of what appears to be a test mule (and not an actual production car-based prototype) being punished in the Mojave Desert.

Driven by off-road racer Brad Lovell, the clip shows the Bronco being put through its paces on dirt roads as well as off-road trails. We can also see the tester tackle the open desert and climb rocks with relative ease.

While the automaker didn’t say much about the highly anticipated model, they noted “experts are busy testing and proving out the all-new Bronco’s powertrain and rugged chassis in an experimental prototype vehicle.” The company also reiterated the body-on-frame SUV will ride on the fully boxed T6 architecture which underpins the Ranger. 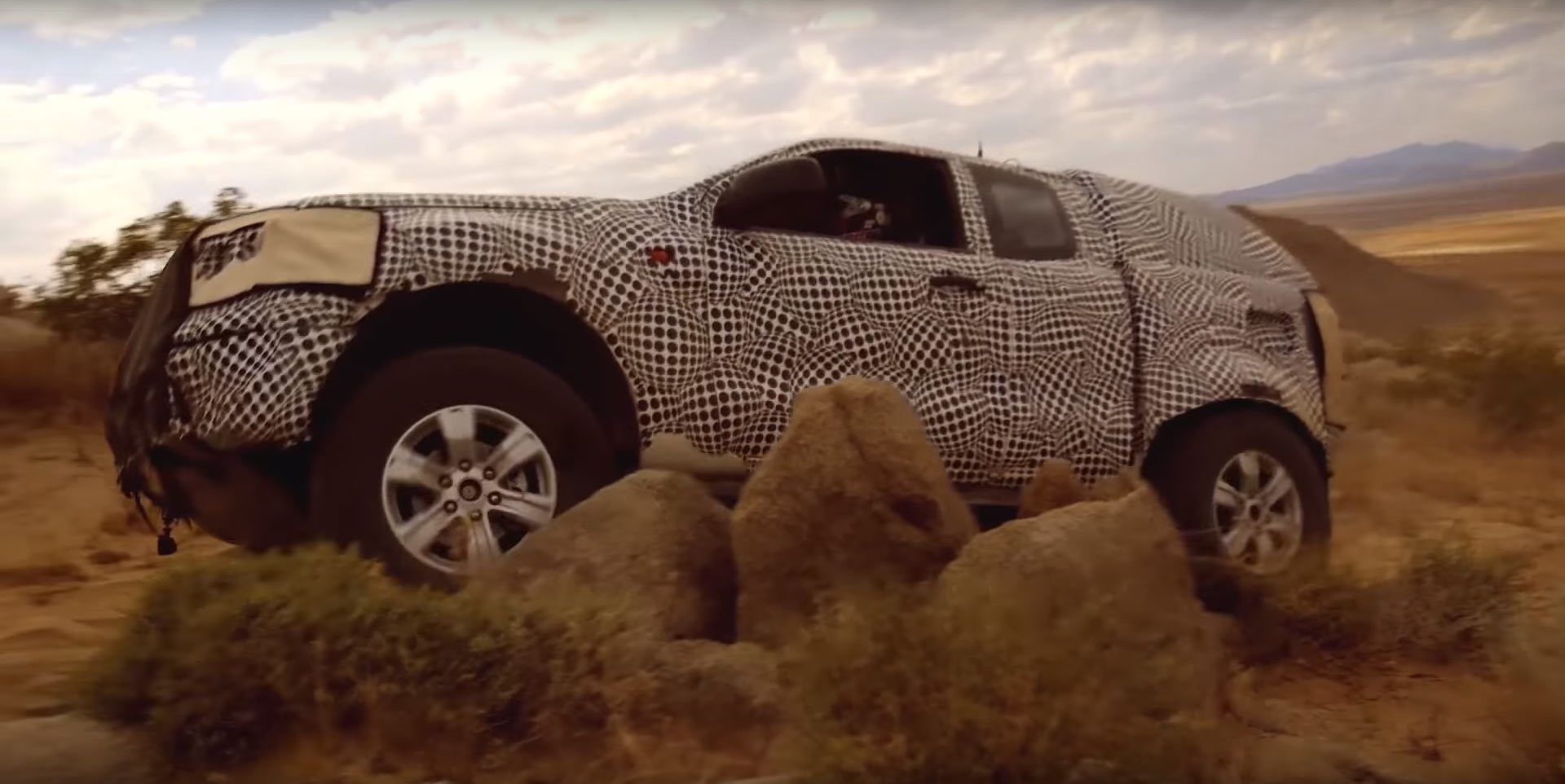 Ford might be staying tight-lipped, but they hinted at the SUV’s design when they unveiled the Bronco R prototype last year. However, the production model will likely feature a host of changes including circular headlights as well as doors and a roof that can be removed. We can also expect two- and four door variants, just like the Jeep Wrangler.

Related: 2021 Ford ‘Baby’ Bronco – Everything We Know About The Off-Road Compact SUV

Both engines are expected to be connected to a ten-speed automatic transmission, but a manual gearbox could also be available. Four-wheel drive will also be part of the package, but it remains unclear if it will come standard.

The 2021 Ford Bronco will be unveiled this spring and we can expect more teasers in the coming months.