Audi could reveal the new generation A3 and S3 models at the 2020 Geneva Motor Show.

Our spy photographers managed to get close enough to a prototype of the new-gen Audi S3 Sportback to capture the interior on camera with no covers on.

The spy photos reveal a very edgy and sporty-looking dashboard, inspired by the platform-sharing VW Golf Mk8 and the smaller A1. It adds styling features such as the Lambo-style air vents surrounding the instrument cluster, a new infotainment screen incorporated into the dash that also appears to be slightly angled towards the driver, as well as redesigned HVAC controls.

Related: 2021 Audi A3 Sedan Caught Undisguised With Its Skirt Up

The center console sports a new look, hosting a tiny gear selector for the DSG transmission and a few controls, including the push-button start. There’s a small cubby in front of it, which is probably where the wireless charging pad for smartphones will be found, and further to the back, we can see the electronic handbrake button. 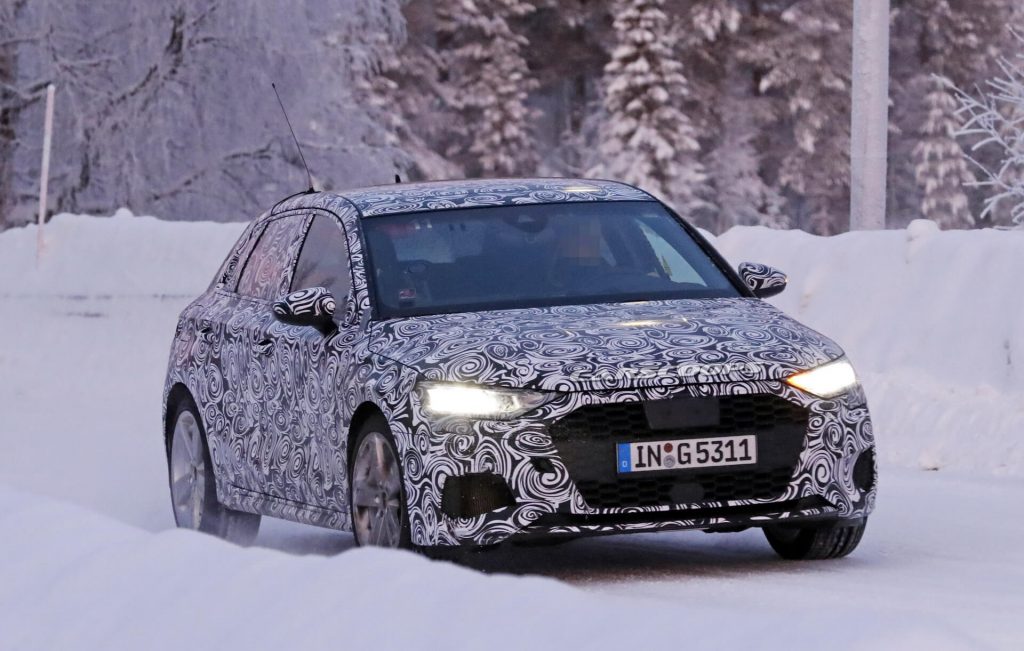 Behind the flat-bottom multi-function steering wheel lies the digital instrument cluster, while the door cards feature more angular grab handles, the air vents on the passenger side are inspired by the larger A4 and the front sports seats are wrapped in leather with contrast stitching.

Compared to the non-S models, the S3 Sportback will get a sportier body kit, with restyled grille, bumpers and side skirts. Changes will also include wider air intakes at the front, rear diffuser with room for four tailpipes and of course bigger wheels. 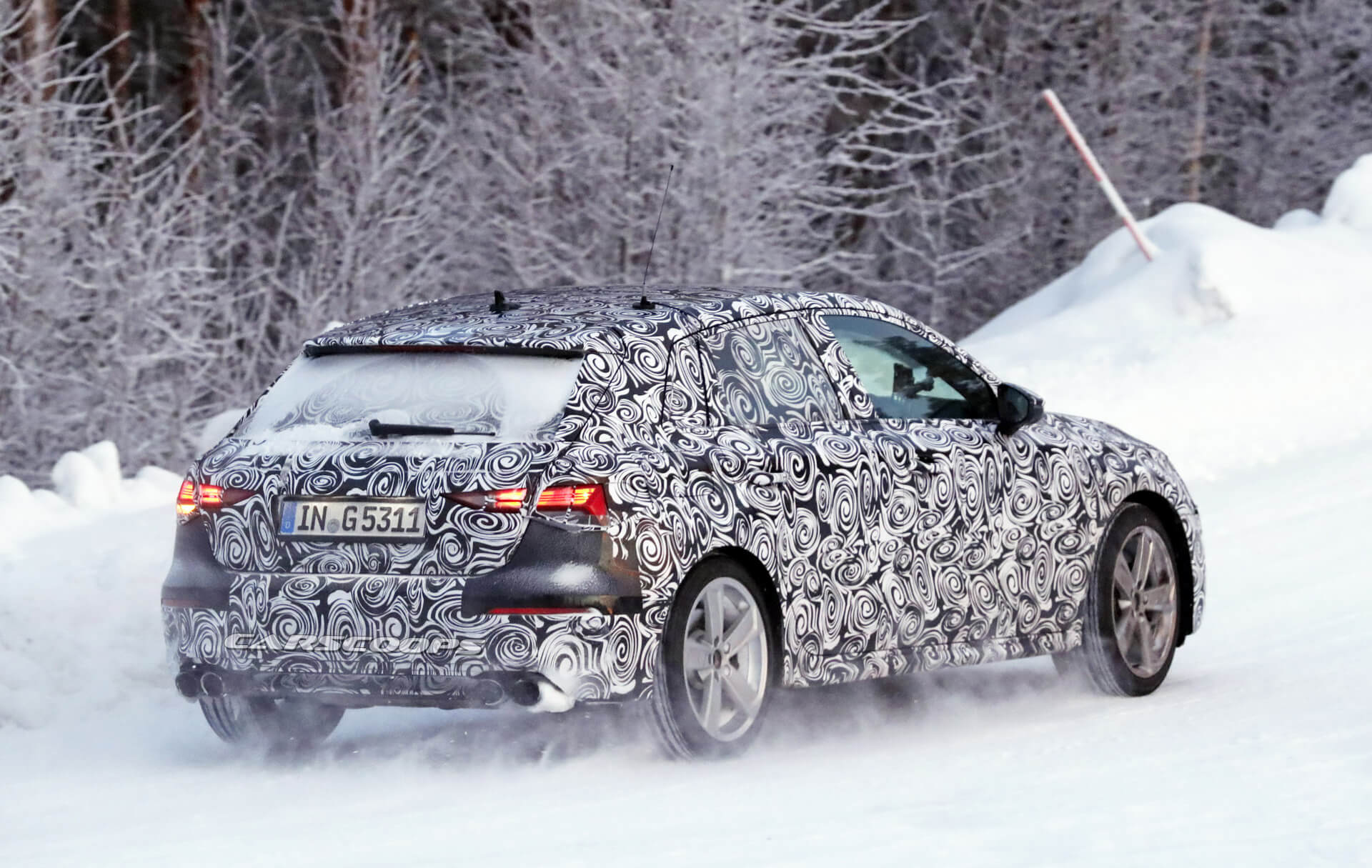 The permanent Quattro all-wheel drive system will make this an all-weather hatchback, while the 2.0-liter TFSI four-banger is expected to develop around 320-330 HP, around the same with the upcoming VW Golf R. The seven-speed DSG will be present, with rumors suggesting that the manual gearbox option might be axed completely.

Audi is believed to reveal the regular A3 at the 2020 Geneva Motor Show, in early March, and we wouldn’t be surprised if they decide to add the hot S3 to their debut list as well. 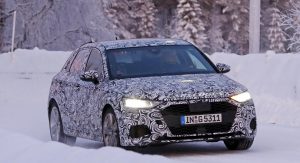 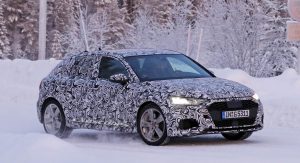 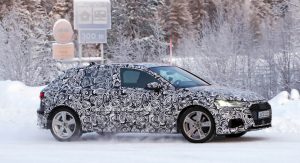 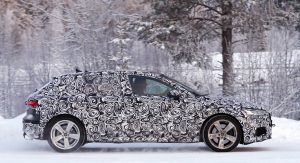 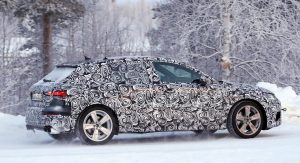 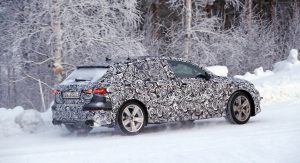 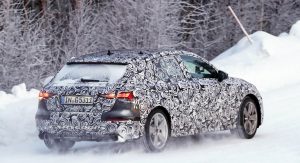 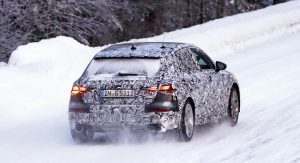 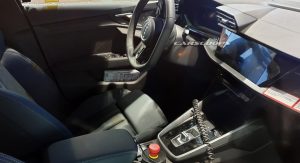 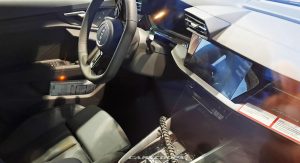 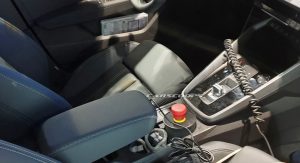 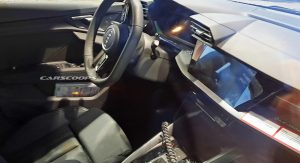 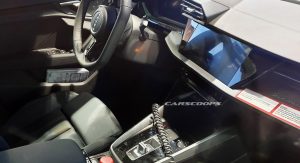 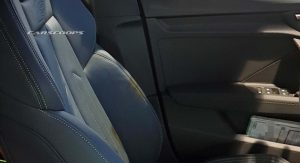 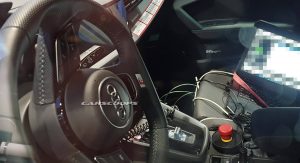