The Tucker 48 had many novel safety features, but a shortage of funding meant only 51 were built.

The 1948 Tucker 48, unveiled as the ‘Car of Tomorrow’, is fondly remembered for its intriguing design and host of innovative features. Now one of the rare examples produced will cross the auction block thanks to Gooding & Company in January.

When dreaming up the car, Preston Tucker envisioned it as incorporating safety features that were previously unheard of. For example, the Tucker 48 features a padded dashboard, a shatterproof windshield designed to pop out in a collision, a front crash compartment, and a locking parking brake handle to prevent theft. What’s more, the vehicle also features a so-called ‘cyclops eye’ headlight located in the center of the front fascia that tracked the steering.

The design of the Tucker 48 is also rather intriguing. It has a very low and aerodynamic profile and sports large doors that extend into the roof for easier entry and exit.

One Of A Kind: Preston Tucker’s Personal Car Is A True Piece Of Automotive History

Then comes the engine. Mounted at the vehicle’s rear is a massive 589 cubic-inch six-cylinder almost as large as the 8.4-liter naturally aspirated V10 used by the Dodge Viper.

Tucker’s ambitions to bring the 48 to the production line were cut short when he was taken to court by the Federal Securities and Exchange Commission on mail-fraud and conspiracy charges. Tucker was acquitted, but didn’t have the money to kick off production. All up, just 51 units were built and the vast majority of them now reside in museums.

The example in question is number 47 and is being sold from a private collection. It is completely original and has 7000 miles (11,265 km) on the clock. It is expected to sell for between $1.75 million and $2.25 million. 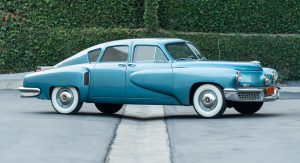 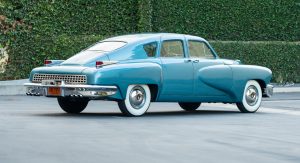 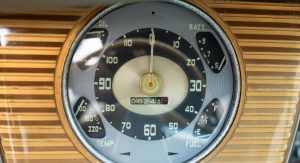 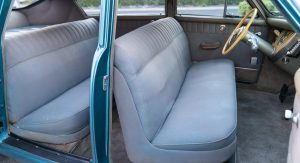 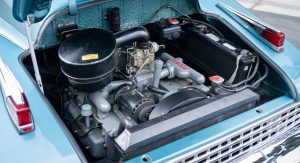