Deliveries of the Tesla Model Y were initially scheduled to start in the fall of 2020.

Deliveries of the Tesla Model Y could commence in the first quarter of 2020, much earlier than expected.

According to research from Deutsche Bank, there are reports from Tesla suppliers in Taiwan who claimed to have been asked by Tesla to accelerate the production of parts so the electric automaker can start building the Model Y earlier than originally planned.

Rivals Set To Collide: Ford Mustang Mach-E Vs. Tesla Model Y: How Do They Compare?

“Reports from suppliers of Model Y parts in Taiwan are claiming that Tesla is requesting that their orders be delivered much earlier than expected…” Deutsche Bank’s senior autos & auto technology analyst Emmanuel Rosner told CNBC. “The Taiwanese suppliers are now indicating that the Tesla is accelerating orders to enter mass production a full six months ahead of the original schedule. This would mean that the Model Y could be available to the public in the first quarter of next year.”

When the Tesla Model Y was first unveiled, Tesla originally claimed that production of the Model 3-inspired SUV would commence in the fall of 2020. Then, on the automaker’s third-quarter earnings call, Musk said that target had been moved forward to summer 2020.

“We’re also ahead of schedule on Model Y preparations in Fremont, and we’ve moved the launch timeline from full 2020 to summer 2020,” Musk said at the time. “There may be some room for improvement there, but we’re confident about summer 2020. I’ve actually recently driven the Model Y release candidate and think it’s going to be an amazing product and be very well received. I think it’s quite likely to — just my opinion, but I think it will outsell Model S, Model X and Model 3 combined.” 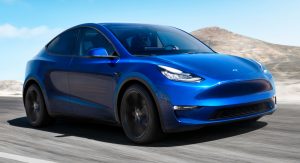 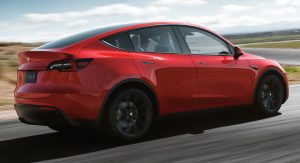 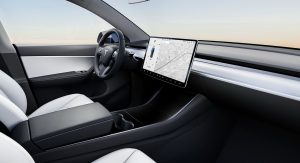