The Tesla driver said he was checking his dog on the back seat the moment of the crash.

A Tesla Model 3 with the Autopilot engaged crashed into two vehicles, one of which was a police car, in Norwalk, Connecticut on Saturday, December 7.

Local police was on the scene after responding to a disabled vehicle occupying the left center lane; according to the Connecticut State Police, the troopers stopped behind the broken vehicle and left the emergency lights activated, as well as an additional flare pattern behind the cruisers.

Then a Tesla Model 3 crashed into the rear of one of the police cars and continued moving, colliding with the disabled vehicle as well. The driver of the Model 3 continued going at a slow pace before being stopped by the second police officer on scene, several hundred feet ahead of the crash site.

The Tesla driver stated that he had the Autopilot feature enabled and was checking his dog sitting in the rear seat prior to the collision.

Fortunately no one involved in the crash was seriously injured; the driver of the Model 3 was charged with reckless driving and reckless endangerment, with the police commenting that the incident could have been more severe.

This isn’t the first time a Tesla has crashed with the Autopilot engaged, with the National Transportation Safety Board having opened an investigation on Autopilot-related accidents.

During the early morning hours of Saturday, December 7, 2019, Troopers out of Troop G-Bridgeport responded to the area…

“Regardless of your vehicles capabilities, when operating a vehicle your full attention is required at all times to ensure safe driving,” said the Connecticut State Police in its post and repeated what should be common knowledge: that although there are some vehicles available with partially automated driving capabilities, there are no cars that are fully autonomous or self-driving available in the market today. 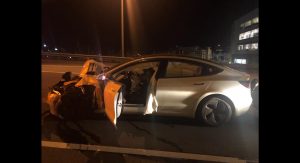 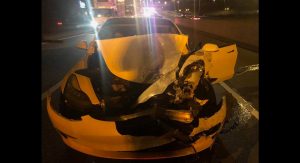 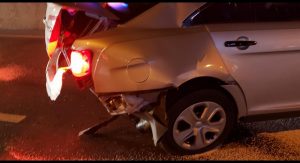 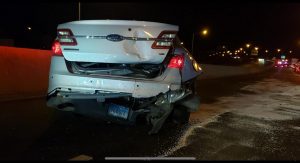