Unlike the concept, the production Santa Cruz will be a crew cab pickup.

Last month, Hyundai announced the highly-anticipated Santa Cruz pickup would go into production at the company’s plant in Montgomery, Alabama beginning in 2021.

At the time, the automaker didn’t say much about the model except it was aimed at Millennials who “want all the traditional attributes of a compact utility vehicle, but need the day-to-day versatility of an open bed.”

That isn’t much to go on and it’s been almost five years since the concept was introduced at the 2015 North American International Auto Show. The delay has provoked questions about whether or not the concept’s styling would carry over to the production model and now we have some answers as a prototype was spotted by a Road Test reader in South Korea.

The pickup truck is dressed in heavy camouflage, but it appears larger than the concept as it features as crew cab configuration rather than an extended cab setup. That’s a significant change, but it isn’t too much of a surprise as Americans love crew cab pickups and models such as the Jeep Gladiator and Honda Ridgeline don’t even offer a single or extended cab variant. 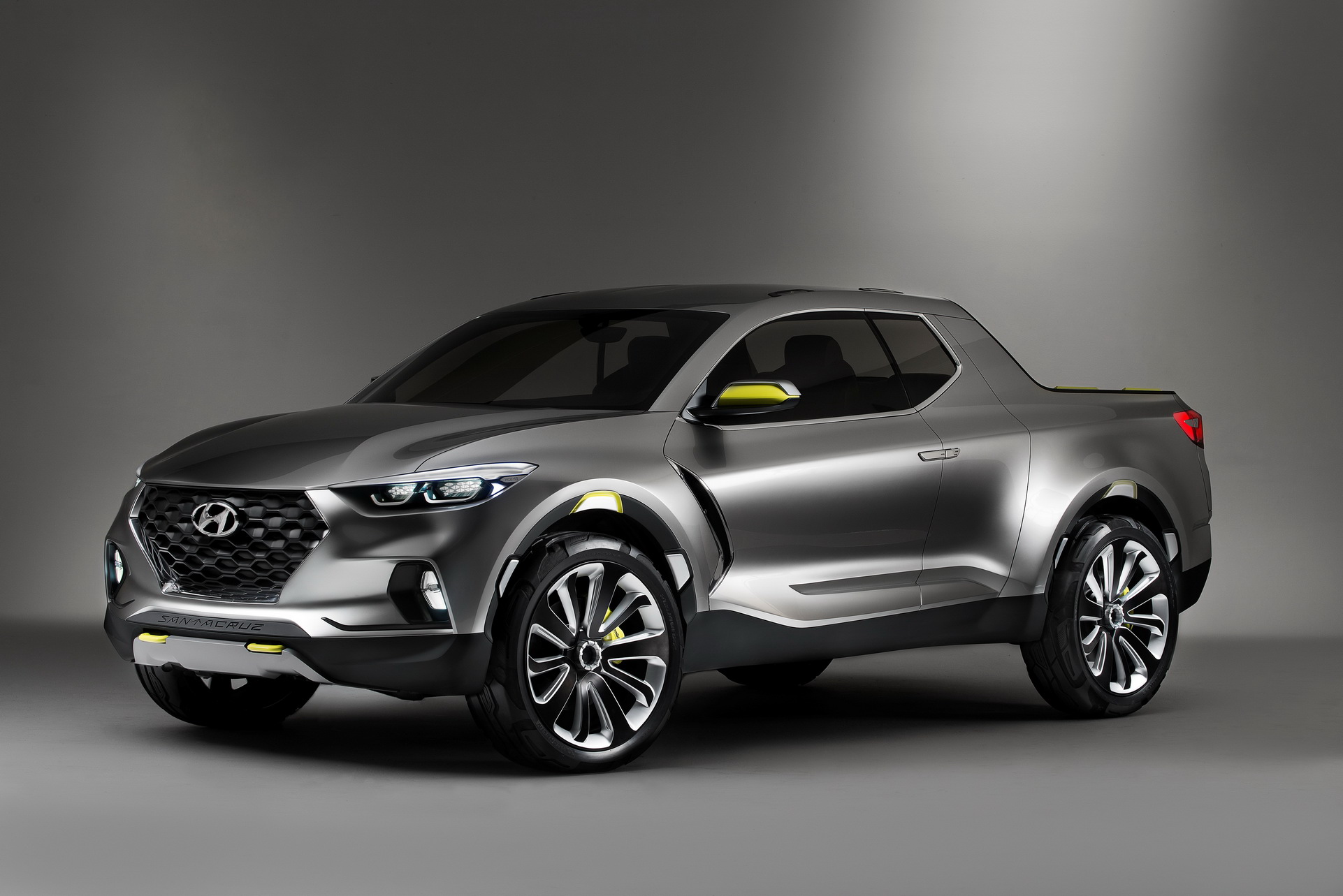 While the crew cab configuration is new, the rest of the design will apparently echo the concept. Some details many change, but the photos show a nearly vertical front fascia and rounded body work. We can also get a glimpse of sloping C-pillars and some angular accents on the doors. Both are nods to the concept, but unfortunately there isn’t much else we can make out.

Little is known about the pickup and there have been conflicting reports on whether the Santa Cruz will be based on the Tucson or Santa Fe. However, given that the Santa Fe is also produced in Alabama, it seems like a natural candidate. 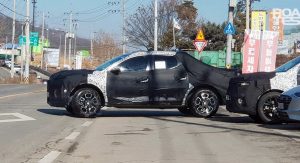 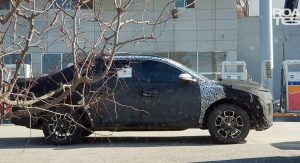 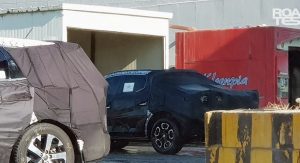 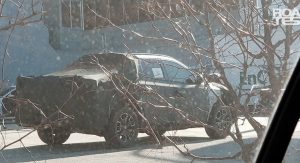