Titan the Robot showcased the 1,984 hp all-electric Aspark Owl to the world.

Eager to make a splash at the global launch of the production-spec Aspark Owl in Dubai, the Japanese company recruited the help of a rather famous robot to aid in the car’s unveiling.

Titan the Robot made its public debut way back in 2004 at the Glastonbury Festival in the UK and in the 15 years since, has made appearances at events all around the world. For the unveiling of the Owl, Titan walked itself out onto the stage and spent some time speaking with audiences. Unfortunately, the robot didn’t actually pull off the covers of the electric hypercar which could have been pretty impressive.

World premiere for the production version of Owl at #DubaiMotorShow

Numerous visual changes differentiate the road-ready Aspark Owl from the concept that was showcased back in 2017. For example, there is an active rear wing that deploys at approximately 93 mph (150 km.h) and retracts at 62 mph (100 km/h).

Meanwhile, Aspark have not only made the fastest accelerating production car in the world, they’ve also brought us closer to Terminator.Viewer discretion advised.

Posted by TopSpeeDubai on Thursday, November 14, 2019 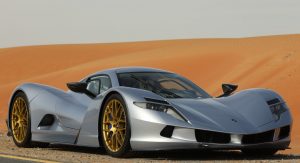 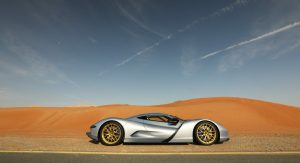 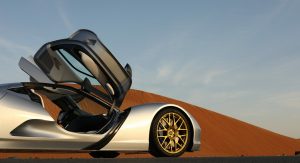 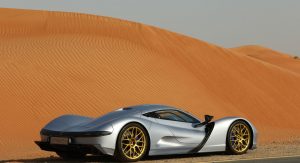 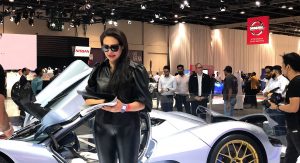 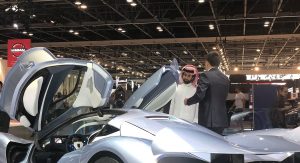 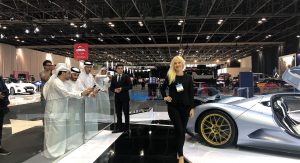 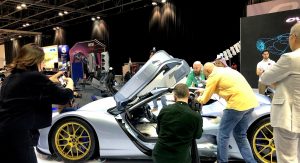 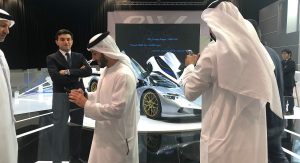