Along with de Meo, Toyota exec Didier Leroy is also being considered by the French automaker.

Recent reports are indicating that current SEAT brand boss Luca de Meo is being targeted by Renault as its next CEO, along with one Didier Leroy, a Frenchmen who is a global no.2 at Toyota, as well as Patrick Koller, the French-German CEO of Faurecia.

Both de Meo and Leroy have denied interest in the Renault job, while Faurecia declined to issue any comment, as reported by Autonews Europe.

“Luca de Meo is fully committed to Seat, as he himself has stated on several occasions since he was appointed company president in 2015,” said the Spanish automaker in a statement.

Meanwhile, Toyota’s Leroy said: “I do not pay attention to these rumors and remain 100 percent focused on my job at Toyota, where I enjoy a very trustful relationship with [Toyota President] Akio Toyoda.”

Related: French Government Is OK With A Non-French Renault CEO

Renault has been looking for a new CEO ever since Thierry Bollore departed in mid-October. However, the automaker’s interim CEO, Clotilde Delbos has reportedly applied to take the job on a permanent basis. Still, French newspapers Le Figaro and Les Echos both cited sources saying that de Meo is the top candidate.

Last month, it was reported that the French government is open to Renault choosing a non-French executive as its next CEO, and it just so happens that de Meo fits the bill perfectly. He actually started his career at Renault, before moving over to Toyota and Fiat. He speaks Italian, French, English, Spanish and German.

After joining the VW Group in 2009, de Meo eventually ended up at SEAT where he succeeded in making the Spanish carmaker profitable. 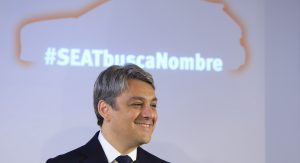 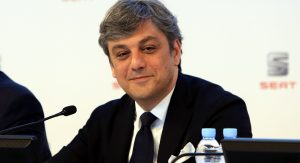 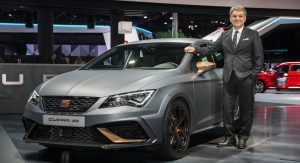