Is Porsche going to give us another 911 Sport Classic?.

A strange-looking Porsche 992 prototype was spotted earlier today wearing a ducktail rear spoiler, raising questions about the plans of the German car maker.

Last time we saw a ducktail spoiler on a modern 911 was on the 2009 997.2 Sport Classic, which was produced in just 250 examples for Europe, featuring some of the most evocative Porsche design traits, including a ‘Double-Dome’ roof, a wider body and 19-inch Fuchs-style alloy wheels.

Perhaps this test car hints at the return of the Sport Classic limited-edition model but Porsche may be working on something different this time; aside from the ducktail spoiler, the prototype appears to wear the same camouflaged bumpers with the Turbo test cars. 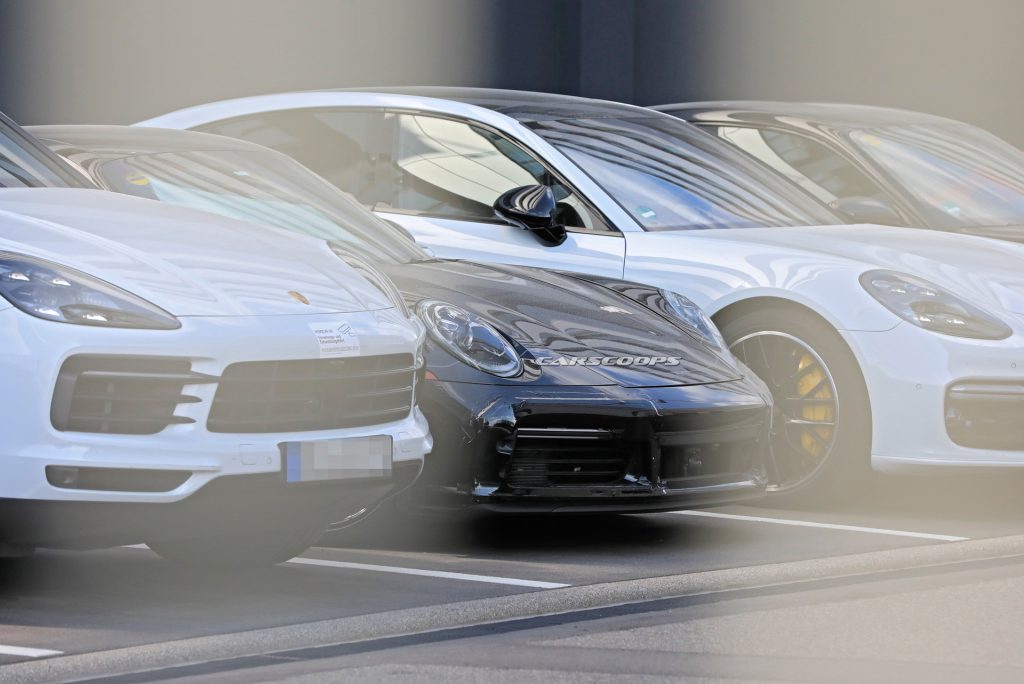 If we had to take a guess, we would say that Porsche is working on a new retro special edition of the 992 Turbo in the same vein with the manual GT3 Touring model, which is set to make a return in the 992 generation. Either that or Porsche is simply bringing the ducktail spoiler back as an option. 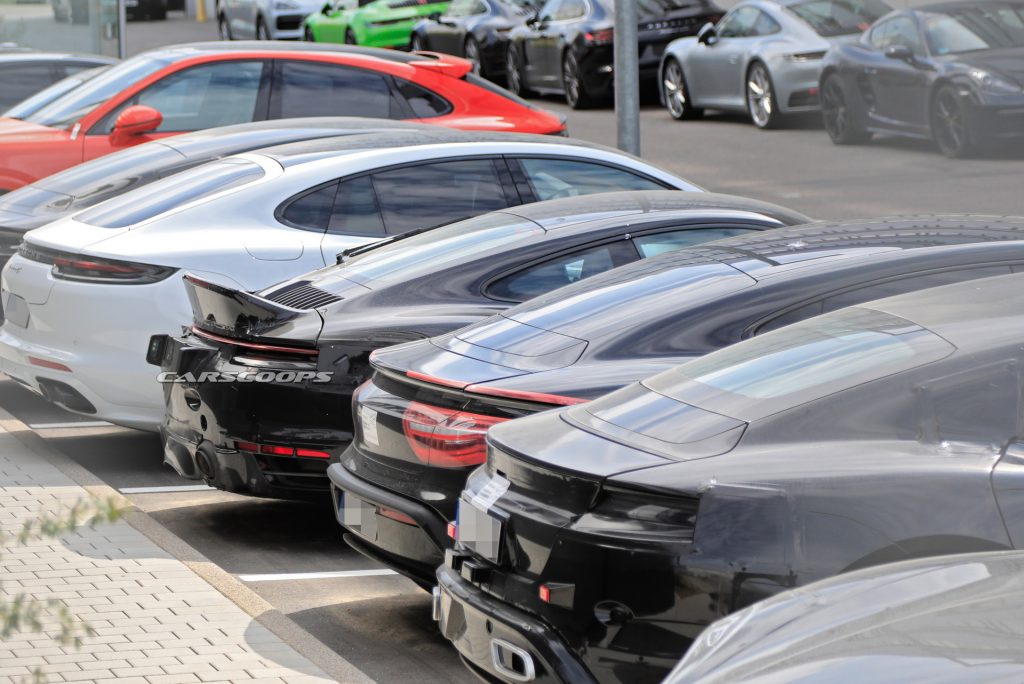 Car and Driver had the chance to ride in a 992 Turbo prototype recently, getting the first official information; the new 911 flagship will be powered by a twin-turbo 3.8-liter flat-six engine with 641 HP (650 PS) sent to all four wheels via an eight-speed dual-clutch automatic transmission. The chassis will employ the brand’s latest technologies to make it ridiculously fast, offering a 0-60 mph (96 km/h) in 2.5 seconds and a 205 mph top speed (330 km/h).

Fortunately we won’t have to wait much longer to find out what’s the deal with that ducktail spoiler, as Porsche is set to reveal the 992 Turbo models in spring 2020. 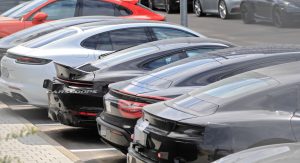 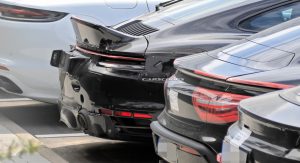 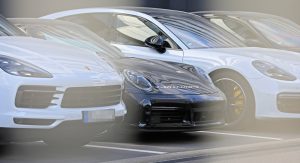