Created by Turo and Adult Swim, the 2010 Mazda3 has a giant Morty statue on the roof.

What’s your favorite movie-themed car? We’d shuffle between KITT, General Lee and the Batmobile Tumbler, but if you’re a fan of ‘Rick and Morty’, then you should book up the Mortymobile and have a go in it.

Created by Turo in partnership with Adult Swim, it’s a 2010 Mazda3 five-door hatchback with a white paint finish and a giant fiberglass statue of petrified Morty holding on to the roof for dear life.

Watch A Ford Crown Vic Get Transformed Into A General Lee

You can book it on Turo’s official website, although it will cost you a pretty penny; $350 per day, to be exact. Like any regular Mazda3 from that generation, it has a 2.5-liter four-cylinder engine with 167 hp and returns 29 mpg (8.1 l/100 km). Only fans over 30 years old are allowed to sign their names on the dotted line, and before getting the keys to the car, they will be subjected to additional security screenings and will have to place a security deposit. All proceeds will benefit an organization that supports and empowers women in technical fields.

In order to celebrate the show’s fourth season, which started on November 10, the Mortymobile has gone on a local tour and can be found in Los Angeles from November 18 to 25. Subsequently, it will go to San Diego, where those interested can drive it between December 9 and 16. More dates and locations will be announced next year, and we do not know yet whether the car will go on an international tour as well. It probably depends on demand. 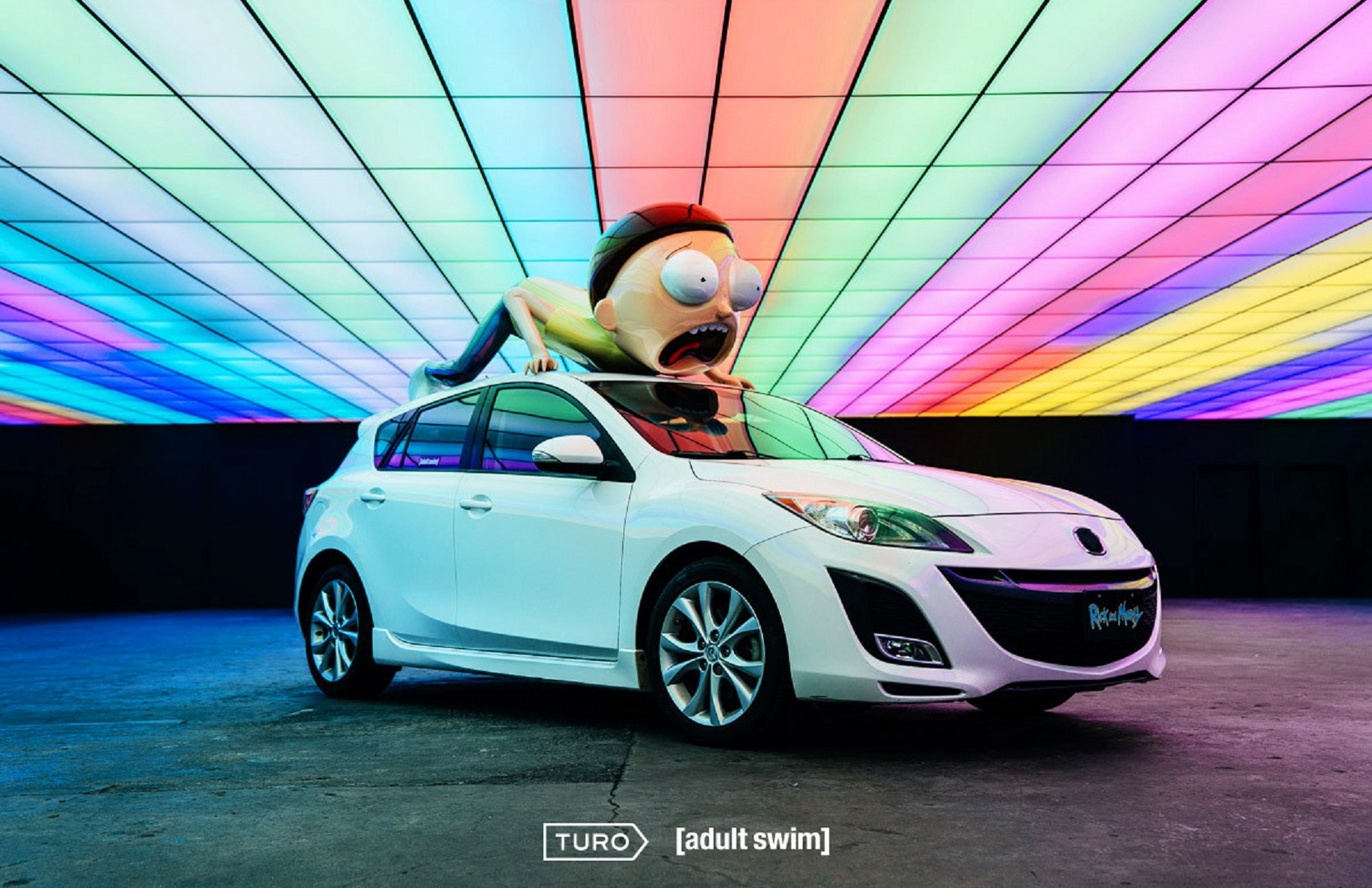