Some U.S. states have made it illegal for ICE vehicles to park at EV chargers.

As it turns out, it’s not just select owners of pickup trucks in the United States who engage in ICE-ing, the act of blocking EV chargers with internal combustion engine vehicles. The owner of at least one Ford F-150 Raptor in Germany thought doing the same would be a good idea. It wasn’t.

Images posted up by the Polizei Berlin account on Twitter over the weekend show a first-generation F-150 Raptor parked directly in front of a charging station. Not only that but the massive pickup truck is taking up two parking spaces, forcing the owner of a black Tesla Model S who actually needed the charger to park half in a space and half on the road.

Authorities clearly weren’t having any of it and soon turned up with a flatbed truck complete with a crane that they used to lift the Ford out of the parking space and onto the truck, carrying it away and (hopefully) teaching the F-150 owner an important lesson.

Police haven’t said what happened to the pickup after it was taken away but it is thought to have been impounded.

The phenomenon of ‘ICE-ing’ first surfaced in late December following a series of incidents of fossil-fuelled vehicles blocking charging stations in the U.S. A series of states across the United States have since drawn up laws to prevent EV spaces from being blocked. These include Oregon, Illinois, Florida, Hawaii, Washington State, Arizona, California, Massachusetts, and Rhode Island. Evidently, ICE-ing is also particularly frowned upon in Germany. Rightfully so. 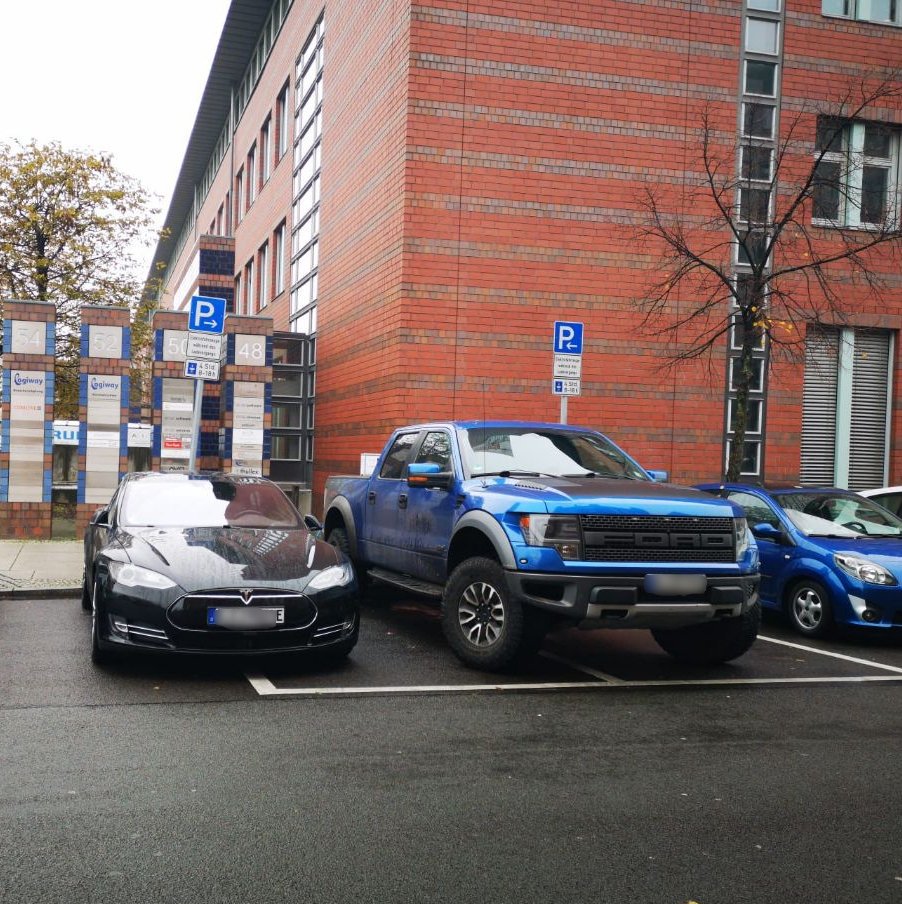 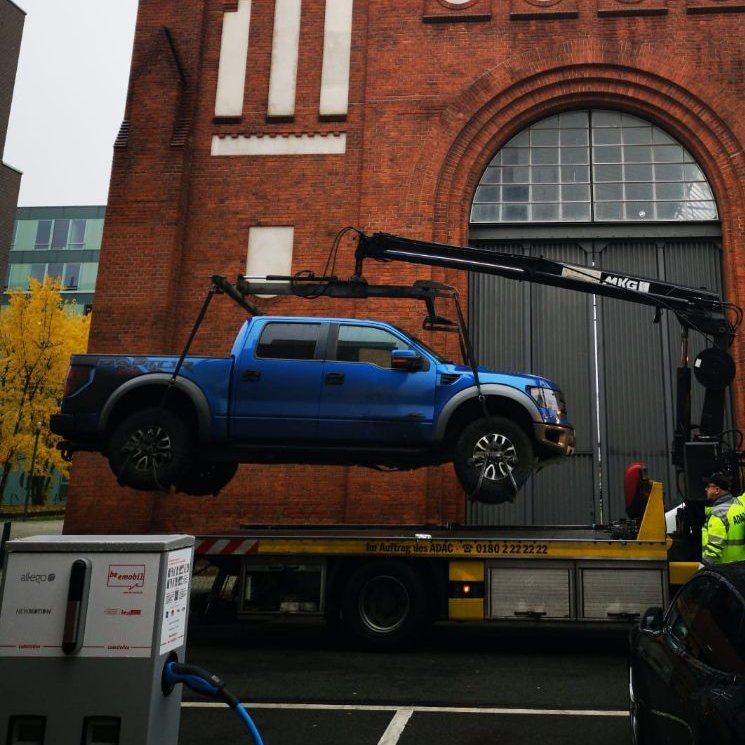