The U.S. Department of Justice reportedly issued this subpoena back in April.

Ford has been subpoenaed by the United States Department of Justice over documents related to the transmissions used in roughly 2 million Focus and Fiesta models sold throughout this decade, reports the Detroit Free Press.

The outlet found that the subpoena actually dates back to this past April in Case No. 126, and was issued by a District of Columbia grand jury requesting “all documents, communications and electronically stored information” relating to the automaker’s actions involving the DPS6 PowerShift gearbox.

Meanwhile, a Ford spokesman stated that the company has cooperated with the NHTSA (National Highway Traffic Safety Administration) with regards to DPS6-related issues beginning in 2014, as per Autonews Europe.

Over the years, Ford has been trying to enhance transmission performance in a number of ways, including by extending warranties for customers from five years/60,000 miles to seven years/100,000 miles.

The U.S. carmaker has been involved in litigation due to faulty transmissions for several years, and earlier this year, former CEO Mark Fields was even ordered to testify in what amounts to at least one such case.

The previous-generation Ford Focus has certainly not been without fault as far as the U.S. market is concerned. Its most recent struggles took place last year when approximately 1.5 million units had to be recalled due to a fuel system issue that could cause the engine to stall.

The reason was found to be a malfunctioning canister purge valve that may become stuck in an open position, leading to “an excessive vacuum in the fuel system which could cause deformation of the vehicle’s plastic fuel tank.” Eventually, this could stall the engine while driving and/or not allow the driver to restart the vehicle. 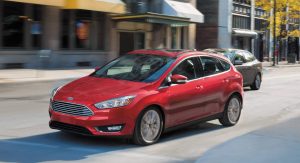 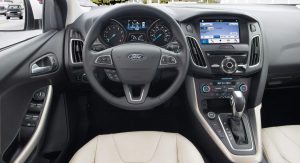 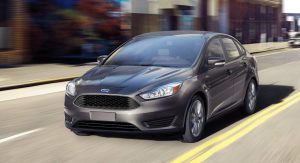