Billed as an icon of Italian design, the Roma seeks to embrace the “carefree, pleasurable way of life that characterized Rome in the 1950s and ‘60s.”

Ferrari didn’t much about the model, but it has an aerodynamic front fascia with a somewhat retro grille. The latter resides above a pronounced splitter and is flanked by distinctive headlights with ‘floating’ daytime running lights. 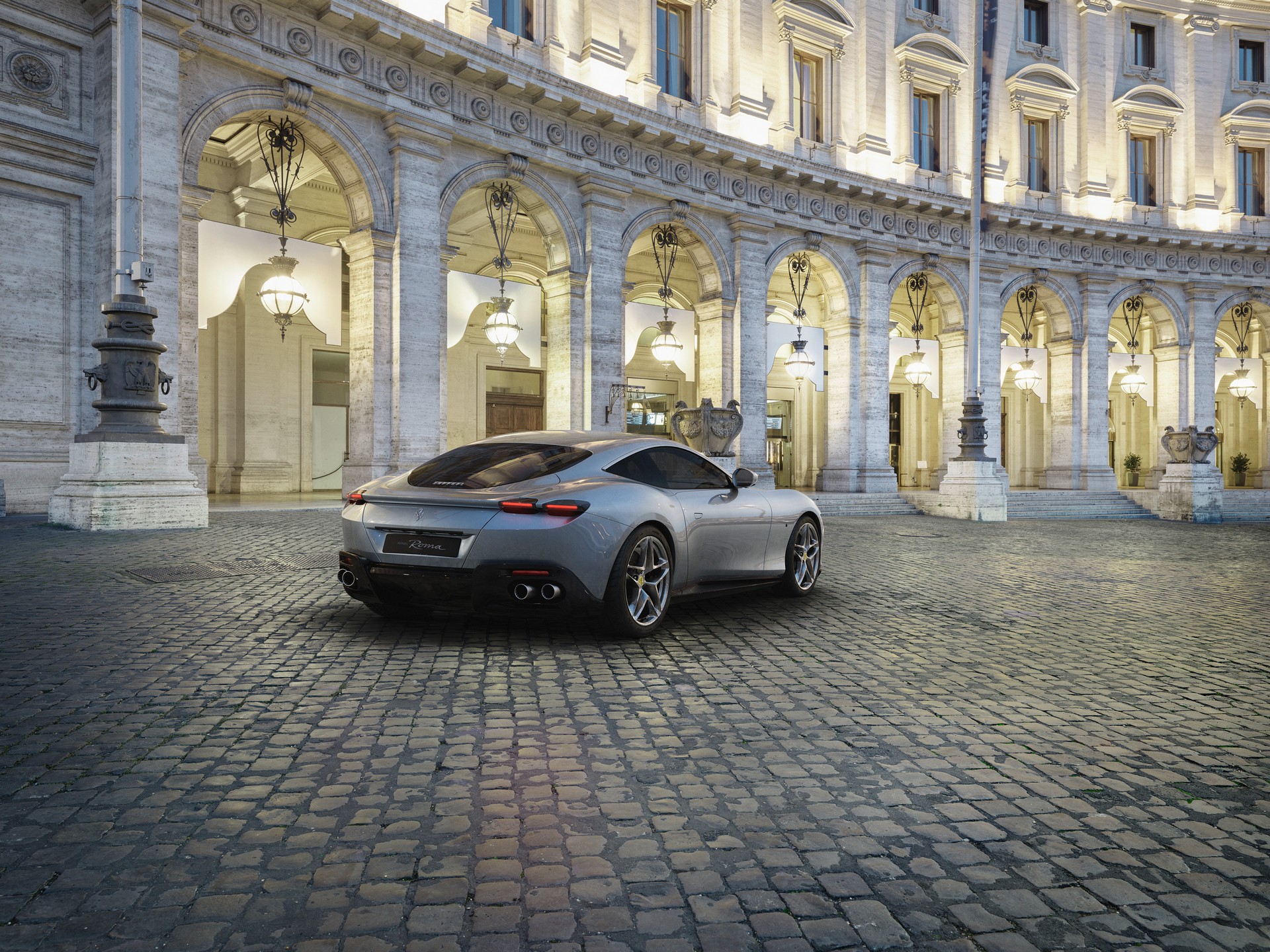 Moving further back, the Roma has a steeply sloping hood and a rakish windscreen. We can also see sculpted bodywork which has an uninterrupted appearance thanks to flush-mounted door handles.

The car’s design becomes more aggressive at the rear as the Roma has bulging fenders with integrated LED taillights. The model also has a black rear bumper with an integrated four-tailpipe sports exhaust system. 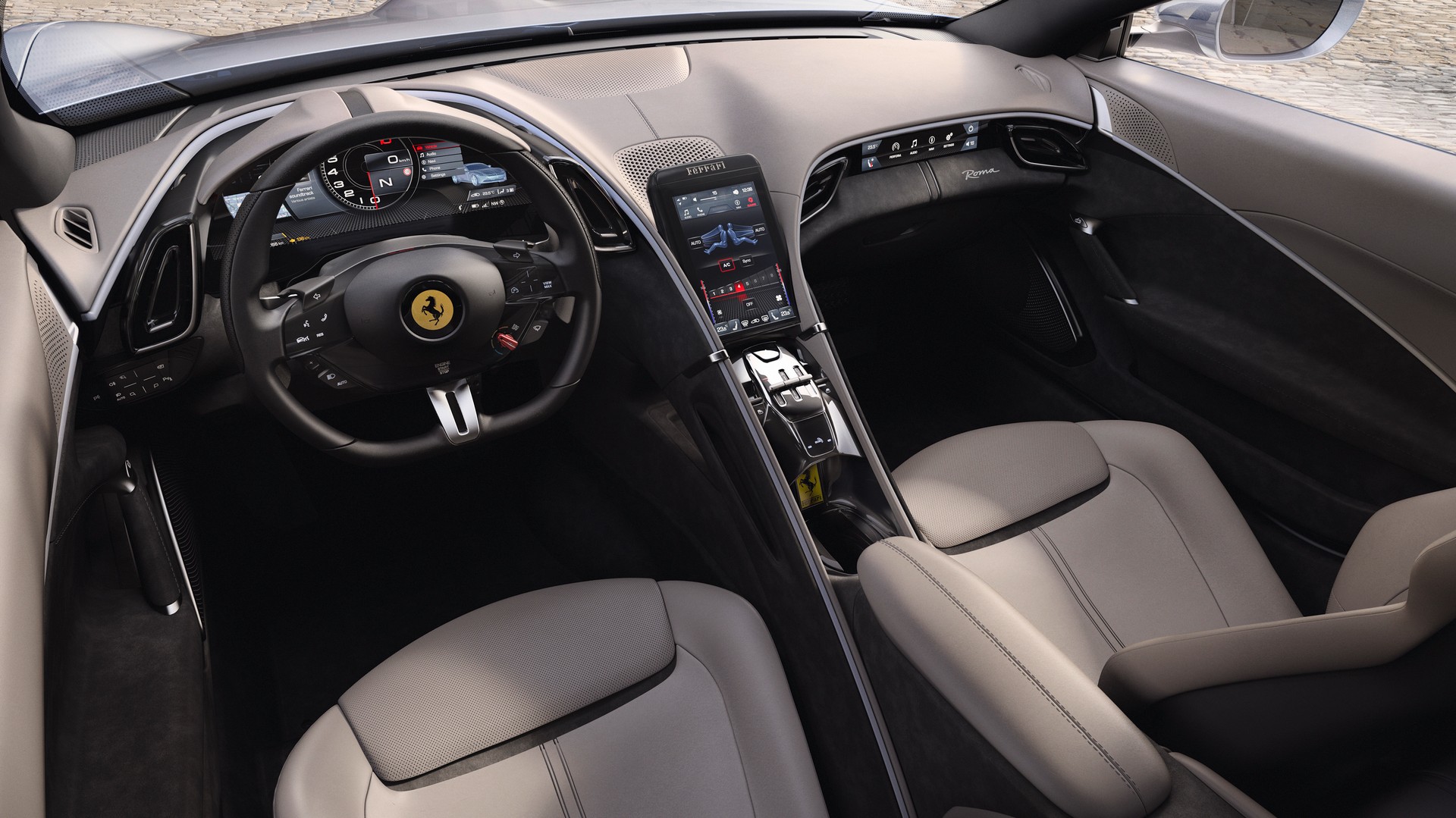 Besides the screens, the Roma has a ‘floating’ center stack with a unique gear selector which is broken up into three separate sections.  The model also has premium leather and Alcantara upholstery as well as metallic and gloss black trim.

There’s no word on launch details at the moment, but Ferrari said the Roma “offers discerning clients the finesse and refinement that brings the concept of lla Dolce Vita’ right up to date.” 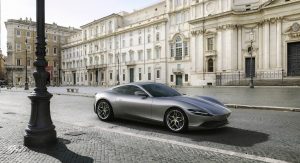 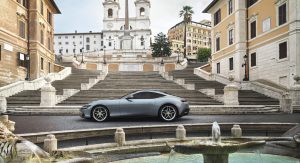 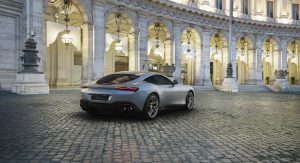 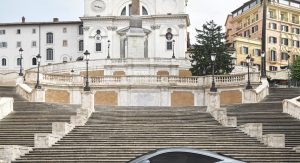 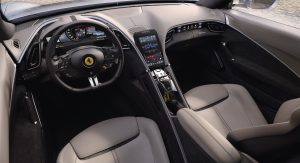