The facelifted Bentley Bentayga will likely make its debut in 2020.

Next month, Bentley will be celebrating the fourth anniversary of the Bentayga since production kicked off, and the luxury SUV is set to get its customary mid-life update.

Spied undergoing cold weather testing in northern Europe, this prototype appears to look almost the same as the outgoing models. However, look closer and you will see lots of camouflage applied to both ends, some of which tries to trick bystanders into thinking that there’s nothing special going on here.

Comparison: Rolls-Royce Cullinan Vs. Bentley Bentayga: Which One Looks Better?

The front fascia of the 2021 Bentayga will receive a redesigned bumper and grille, as well as new lighting units with a look similar to the 2020 Flying Spur. The taillights have been revised as well, and they appear to be a slimmer compared to the outgoing Bentayga, perhaps taking inspiration by the Continental GT. The profile will remain identical, so there was no need to apply any vinyl stickers there. 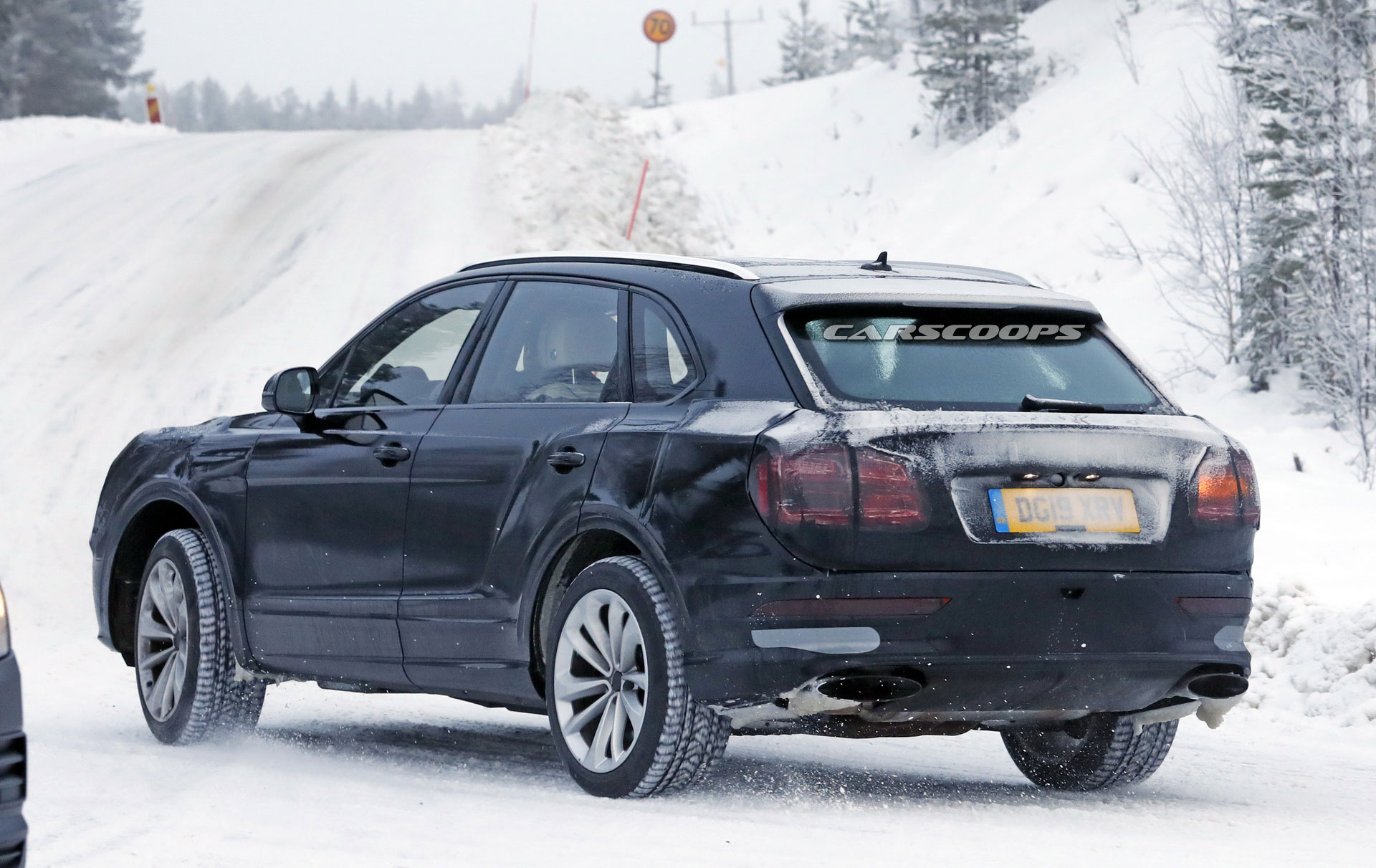 Our spy photographers couldn’t snap any pictures of the interior, but we expect it to feature some major upgrades, particularly in the infotainment department. The Bentayga is currently the only luxury SUV within Group VW that still uses the old system, so expect to see a larger and crisper infotainment display with more connected features and even that rotating function we first saw in the Conti GT. A fully digital instrument cluster is also on the cards, as well as revised trim and upholstery and an updated range of driver assistance systems.

The engine lineup is largely expected to carry over,  with W12 and V8 models receiving modest updates for better efficiency and the recently revealed plug-in hybrid six-cylinder version to remain the same.

While the exact unveiling date is unknown, it should make its appearance in the first half of next year, possibly as early as the 2020 Geneva Motor Show in March. 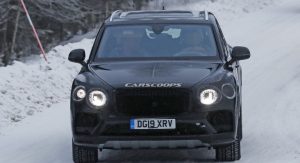 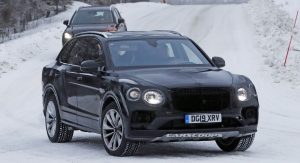 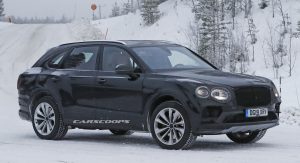 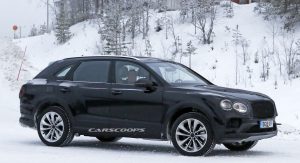 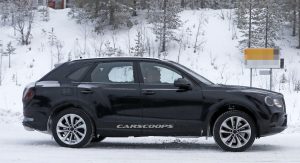 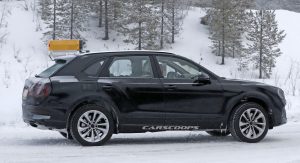 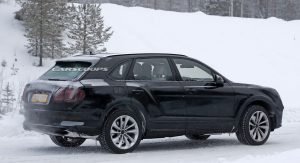 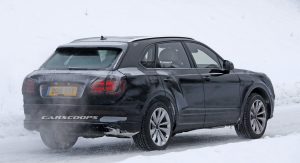 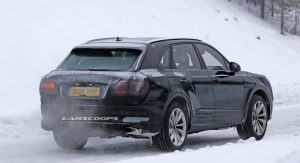 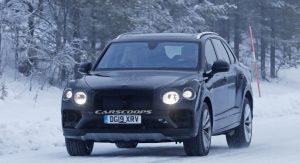 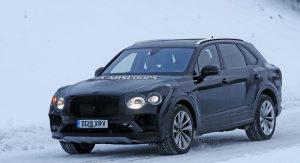 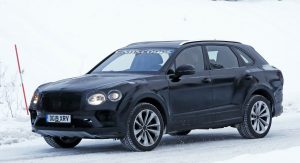 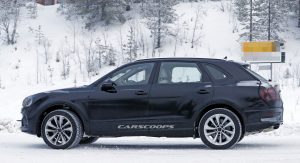 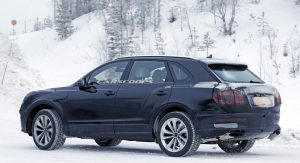 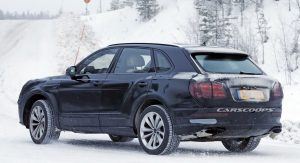 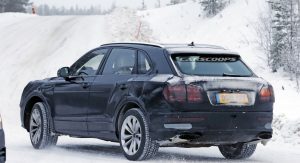 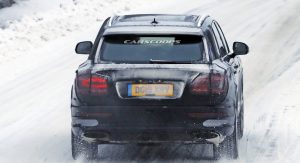