Mercedes isn’t interested in revealing too much too soon about their upcoming all-new S-Class saloon, which is why bits and pieces of camouflage keep coming off at a very slow pace.

This latest reveal, captured by our spy photographers, shows the Mercedes flagship wearing a tight-fitting wrap over its production bodywork. This means no more fake door handles, exposing the new ones that sit flush with the doors and probably pop out automatically when the driver approaches the vehicle.

The pillars are also exposed, and it’s no surprise that their shape and design is pretty much identical to what we see on the current-generation S-Class, at least as far as we can tell. There’s also no shark fin antenna on the roof, adding to the car’s already very sleek aesthetic.

Related: U Spy The New 2020 Mercedes-Benz S-Class With Triangular Taillights

As for its interior, while no new images are available, we’ve seen the dual screen layout, where the infotainment display pretty much serves as the center console, featuring a portrait orientation. We also know to expect Level 3 semi-autonomous driving tech, plus a hybrid-only engine range with straight six gasoline and diesel units. As for plug-in hybrid variants, they’re expected to offer ranges of up to 62 miles (100 km).

Even though the upcoming Mercedes EQS will stand on its own as an all-electric luxury saloon, the 2020 S-Class will also reportedly feature an all-electric variant, which isn’t all that surprising seen as how the two models will run on separate platforms – S-Class on updated MRA and EQS on MEA.

Mercedes will unveil the next-gen S-Class sometime next year. 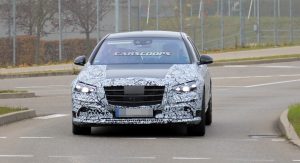 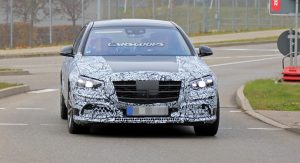 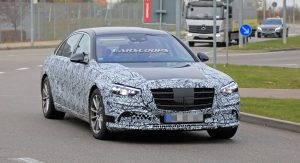 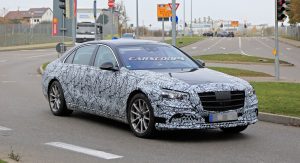 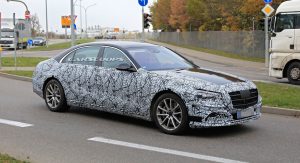 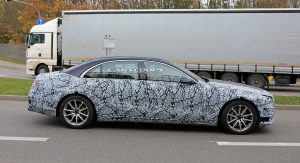 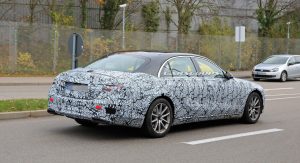 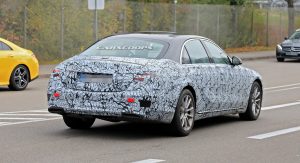 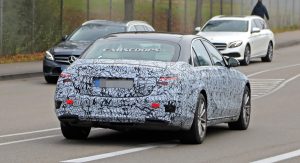