Ford’s upcoming Puma ST starts to show more production parts as it gets closer to the 2020 launch.

It seems Ford’s engineers were thoroughly enjoying themselves putting the Puma ST through its paces on the Nurburgring and lifting its tire in the process, all in the name of testing, of course, of course, and our spies were there to catch in motion. We noticed a “Vader” sticker on the right side of the rear corner , but we still haven’t found out what that’s about. We still don’t have a set date for its presentation, but the Geneva Motor Show in March sounds like a safe bet. [Updated 11/13/2019]

We’re talking about the Ford Puma ST, which we last saw in August undergoing testing at the Nürburgring Nordschleife. Now it’s time to take a better look at the performance crossover as our photographers spotted another prototype that shows more production parts than before.

For starters, we can see that both front grilles feature honeycomb inserts typical to full-blown ST models. The production lights also reveal their final specification as they’re no longer camouflaged. Both the headlights and the taillights appear identical to those fitted on the regular Ford Puma. However, the body kit is clearly different and includes more aggressive bumpers with a deeper spoiler at the front and a diffuser-like insert at the rear, as well as an extended roof spoiler. Other unique details include the bigger wheels and brakes, and the black wheel arch cladding that gives the Puma ST a wider stance.

The twin exhaust pipes represent another clue that this is no ordinary Puma. They hint at more power which should come courtesy of the same powertrain fitted to the Fiesta ST hot hatch. That’s a 1.5-liter EcoBoost three-cylinder turbocharged gasoline engine rated at 200 PS (197 HP) and 290 Nm (214 lb-ft), mated to a six-speed manual transmission driving the front wheels. In the Fiesta ST, that’s enough for a 0-100 km/h (0-62 mph) time of 6.5 seconds which means we should expect a time of just under 7 seconds for the larger and heavier Puma ST. Expect the performance crossover to debut sometime next year. 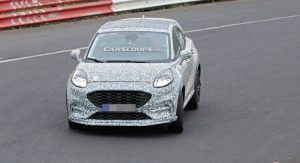 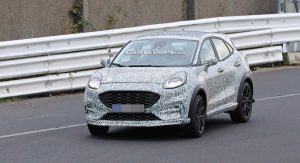 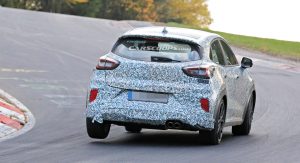 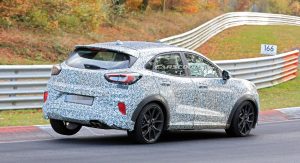 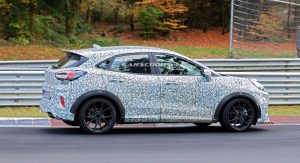 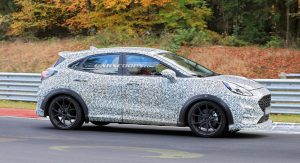 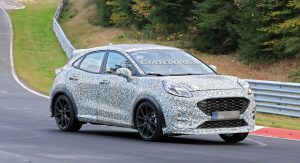 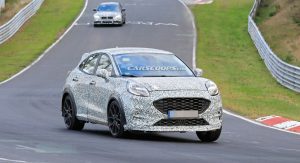 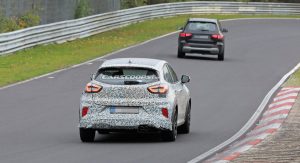 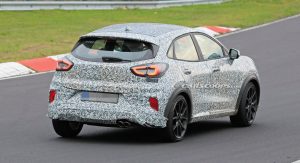 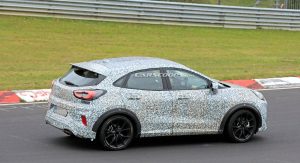 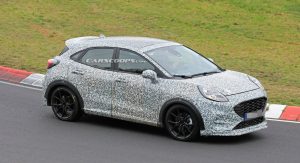 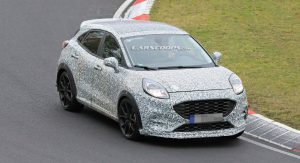 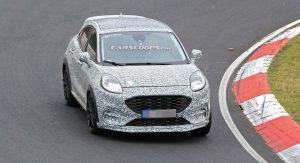 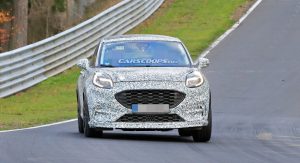 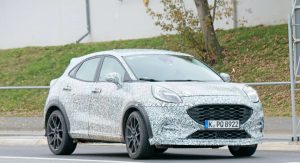 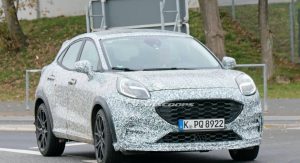 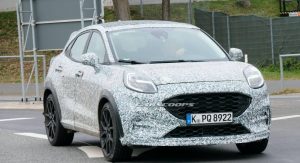 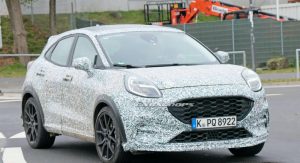 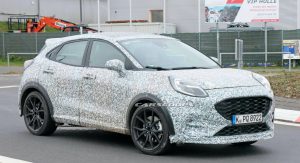 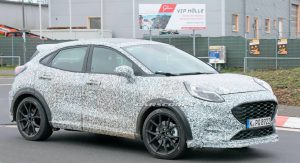 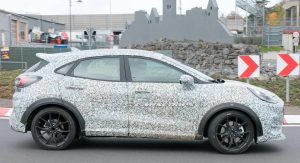 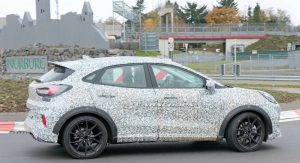 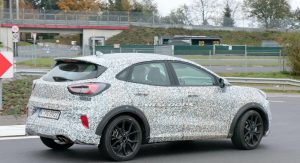 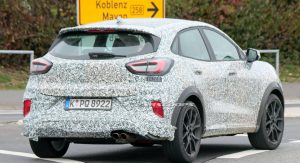 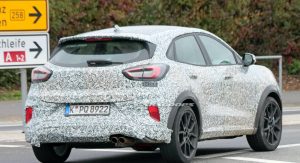