The BMW X2 xDrive25e plug-in hybrid is likely to get the same powertrain as the facelifted X1 xDrive25e.

We caught up with a couple more prototypes of BMW’s electrified  X2 without really any camouflage testing on public roads. One of the X2 PHEV testers, the white model, also answers the question we originally had about those faux light stickers; all they were doing was hiding the plastic black trimmings. Check out the new images for yourself below. [Updated 11/22/2019]

With the recently-unveiled facelift of the X1, BMW has given the compact SUV a plug-in hybrid powertrain under the xDrive25e moniker.

It looks like the PHEV powertrain will be further rolled out across BMW’s compact vehicle lineup as these photos of an X2 test prototype can attest. The undisguised model is easy to identify as a plug-in hybrid since it features a charging port on the left front fender as well as tags reading “Hybrid test vehicle” on the driver’s door and tailgate.

Other than that, the BMW X2 prototype looks just like a regular X2 model. However, if you look closely you’ll see that the fog lights are just stickers. So what is BMW hiding underneath? It could be an LED strip replacing the typical round fog lights. This arrangement provides all-wheel-drive capability when both power sources are working together. Under normal driving conditions, power is sent to the front wheels. A 9.7-kWh battery is also part of the powertrain and it provides an EV driving range of more than 31 miles (50 kilometers) in the X1. Expect a similar electric range for the X2 xDrive25e as well. BMW has announced it will add ten new electrified models to its lineup by 2020 and the X2 xDrive25e is definitely one of them. This means we can expect a debut anytime now — including at the Frankfurt Motor Show next week.

As for the market launch, expect it to arrive after the X1 xDrive25e which is scheduled to reach European dealerships in March 2020. As with the X1 plug-in hybrid, the BMW X2 xDrive25e is likely to remain an Europe-only affair. 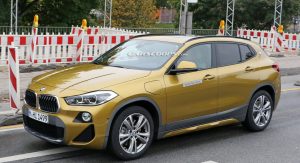 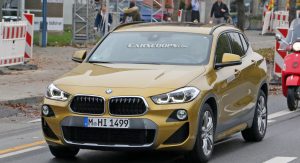 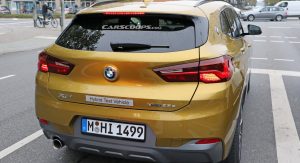 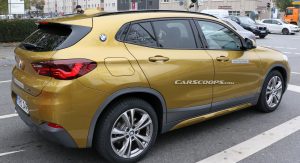 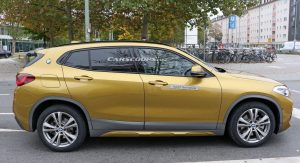 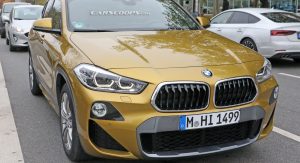 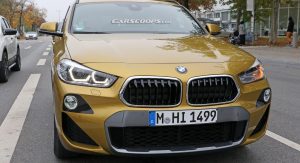 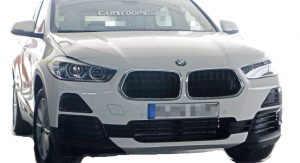 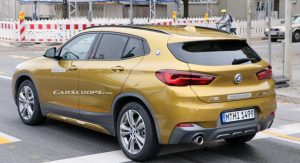 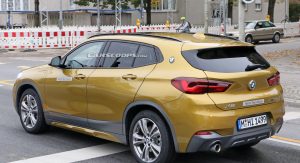 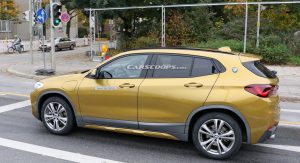 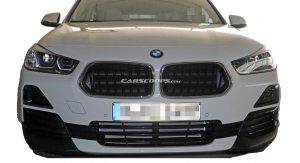 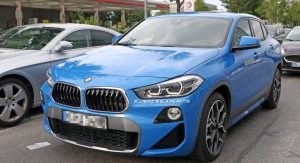 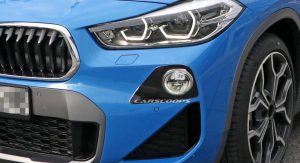 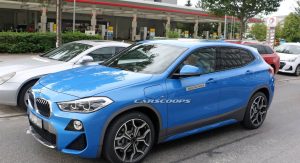 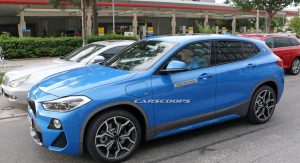 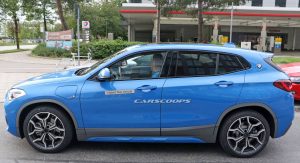 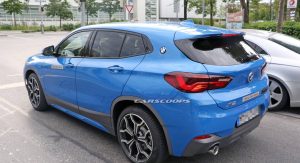 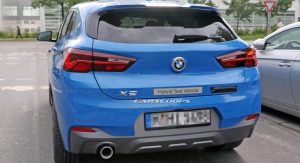 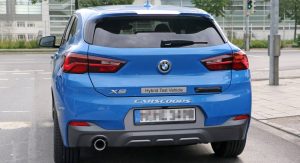